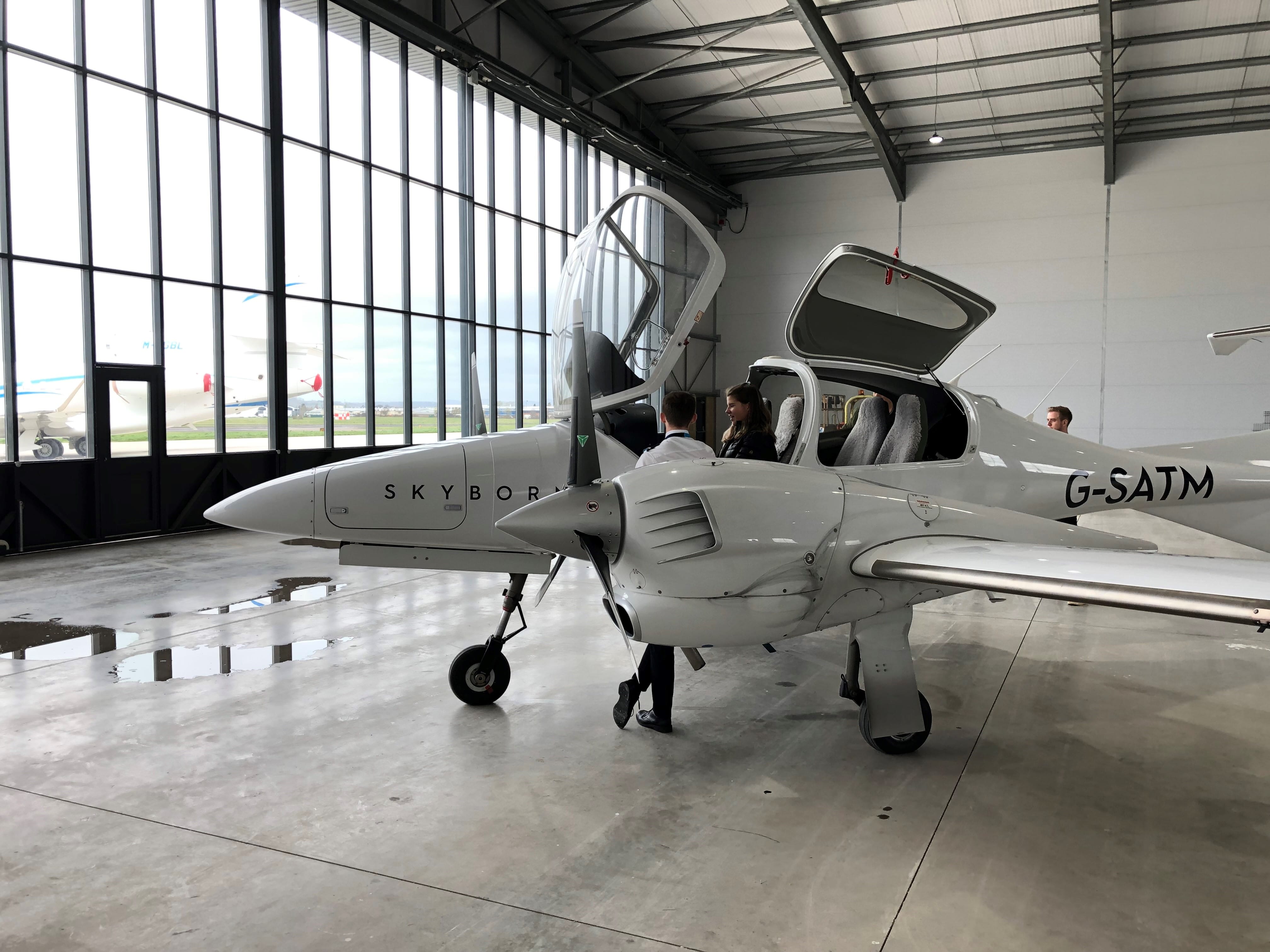 Congratulations to Olivia Taylor in the Sixth Form who sailed through a rigorous three stage application process to gain a place on the Skyborne EASA Integrated ATPL training course to become a fully qualified airline pilot. Not only was she the only female to be selected but, at just 17-years old, she was the youngest by about 15 years!

“It’s in my blood. Grandad used to be a training captain for British Airways; both my mother and father were cabin crew for British Airways and Virgin respectively and my uncle is a captain for easyJet. So it has always been an option for me, particularly as I have never wanted to go to university but instead do something a little more hands on.”

Following her A-levels next summer, Olivia will embark on a six month training course at the Skyborne Academy in Gloucestershire, followed by a further six months learning to fly in Spain.

“Ultimately I would like to work for Emirates and live in Dubai but will probably build up my short hauls first with a company like easyJet. Going into a very heavily male-dominated industry has been very daunting, however I believe that I can truly bring some excellent qualities to this industry – clearly Skyborne thought so too! I can’t wait to begin my career, and perhaps you might hear me over the tannoy in many years to come!