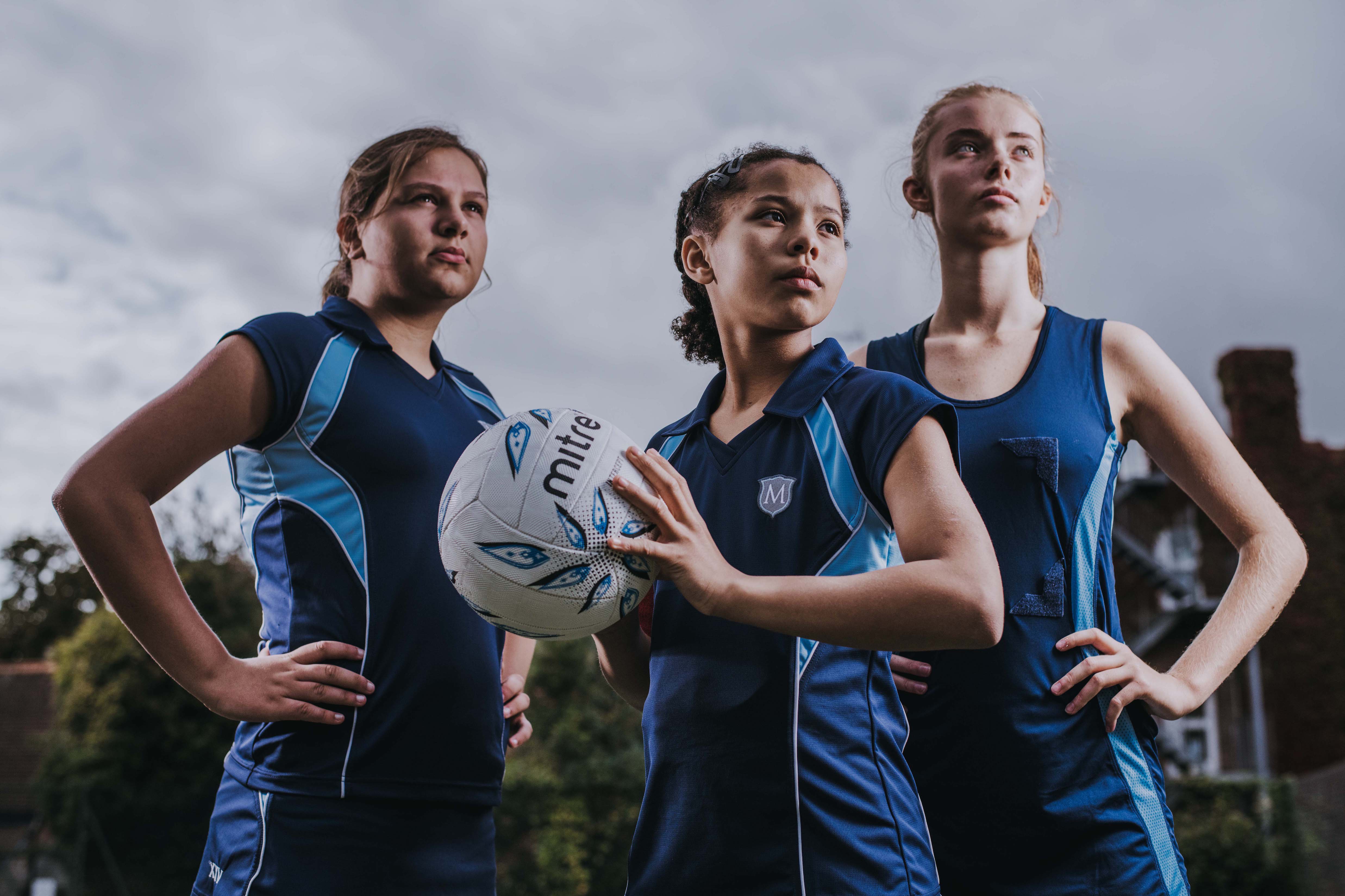 Team Bath Netball has announced that another hub of South West sports development excellence – The Maynard in Exeter – is joining its Academy Development Centre network.

On the back of our recently announced sponsorship of the Exeter Chiefs Women’s Team (offering a realm of top quality rugby opportunities for our students) we are now delighted to reveal that Team Bath Netball have selected The Maynard facilities to use as their Academy Development Centre.  This move comes just weeks after Hartpury College in Gloucestershire also became a new ADC in a pathway designed to nurture the next generation of talented athletes.

The Maynard already has a famous netballing ‘old-girl’ in Jo Vann, the current Team Bath Head Coach who went on to develop with the Blue & Gold into an international player with England. Team Bath franchise manager Alicia John said: “As we move into our fourth year and the next phase of development of our academy programme, we are incredibly excited to have Jo’s former school on board. As like-minded organisations, we are excited to build on that historical connection to develop a strong performance culture that will both nurture and challenge Blue & Gold stars of the future.”

Our own Director of Sport, Catherine Gabbitass, comments: “The Maynard has an excellent netball programme with proven success at National Schools at U14, U16 & U18 levels over the past few years. As such, we both have an athlete-centred ethos and this makes our collaboration with Team Bath Netball so special. We are really excited about the potential of this and we look forward to welcoming some of the region’s top players to The Maynard. The great thing is that this is an extension of a continuing atmosphere of collaboration between us to the good of netballers themselves. It will open up significant opportunities and will help us to develop together future leading players.

At The Maynard, there have been several England Netball talent pathway players and recent individual honours for the school include Lauren Wood, India Leatham, Annie Grief and Natalie Charity, all of whom are part of the Team Bath Pathway.

Team Bath Netball, meanwhile, are five-times Superleague Champions and were heading the table when this year’s Superleague was interrupted by Covid-19. More than 100 players have emerged from the South West franchise to take full or age-group international honours in the past three decades.

Under 18 players joining the Academy Development Centre at The Maynard, where there are top-flight facilities and a performance environment including a new Fitness Suite, an indoor Netball Hall and double-courts outdoors, have the opportunity to trial for places into Team Bath Under 17 or Under 19 Academy squads.

Sarah Dunn, Headmistress at The Maynard, is delighted by the new collaboration: “It has been such an exciting time for us and this fantastic new association comes on the back of our recently announced sponsorship of the newly-formed Exeter Chiefs Women’s team.

“Sport is very much at the core of what we do and we understand fully the link between mental and physical wellbeing. We always offer a full range of clubs and activities to suit all ages and abilities and it is just wonderful to cater for performance development athletes that much further through this brilliant collaboration with Team Bath.”

Any cookies that may not be particularly necessary for the website to function and is used specifically to collect user personal data via analytics, ads, other embedded contents are termed as non-necessary cookies. It is mandatory to procure user consent prior to running these cookies on your website.