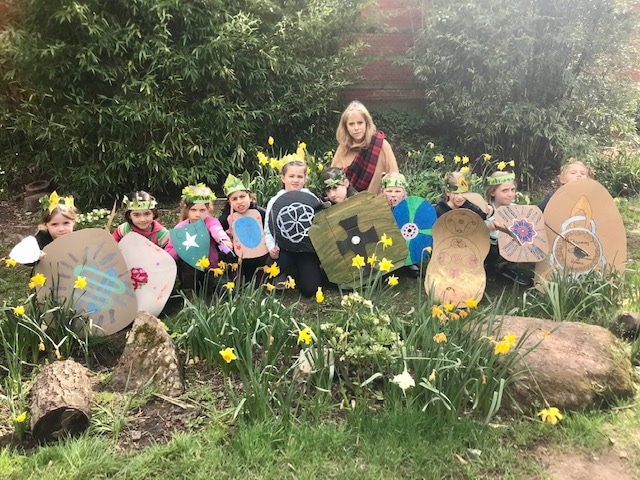 The Year Three Iceni tribe rounded off their Iron Age topic by having their final battle, attacking and overthrowing the Year Five Roman Army led by Emperor Smerdon. They planned their battle strategies first and made wonderful speeches to gain confidence and boost their morale before facing their older enemies.

Creeping cautiously across the grounds and beating their drums they soon approached enemy territory. They snaked the Junior School stairs, the steady drumbeat striking fear into their enemy’s hearts… and then the mighty war cry! Emperor Smerdon had provided his army with weapons and they brandished their swords against the unsuspecting Year Threes who put up their shields in defence (whilst Queen Rowe tried to escape)… but alas they were defeated. Fun was had by all. Just another day in the life of a Maynard girl.