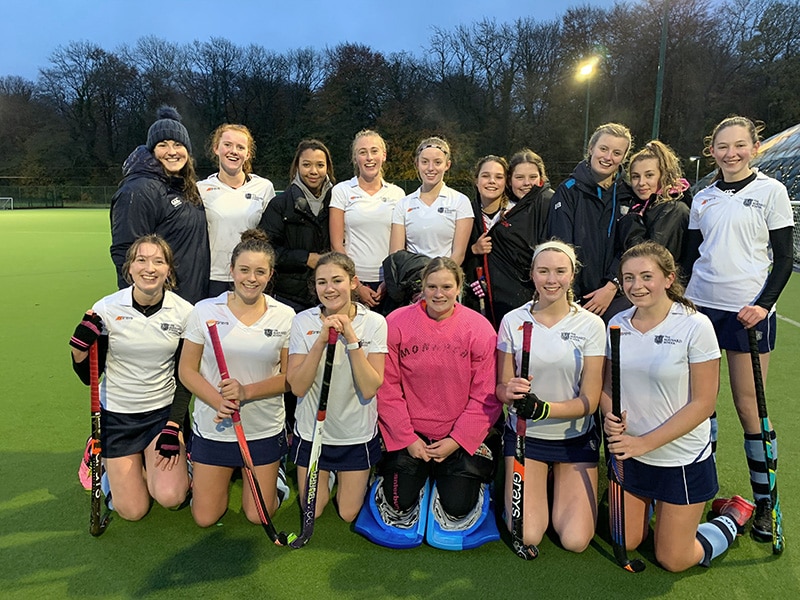 Despite continuous sleet, snow and torrential rain at the recent Tier 4 U18 Hockey Finals held at Clifton College, our Under 18 Team played on undeterred to win all bar one of their six pool games to secure a place in the semi-finals. Faced with a very strong Wycliffe College, they continued their winning streak to take a very tense and closely fought game with a 1-0 victory.

In reaching the finals of this tournament, the team knew they had qualified as one of the top two teams for the National Finals being held next March at the Lee Valley London 2012 venue so, to some extent, the pressure was off. Despite losing 2-0 in this last game at the end of a very long, tiring and excruciatingly cold day, there was smiles all around and lots of excitement for the chance to play on the hallowed astro turf of the Olympic Park next spring! Our huge congratulations to them all!